Dechra Veterinary Products has launched 5 mg Prednicortone® (prednisolone) which can be split into increments of 1.25 mg using SmartTab technology. 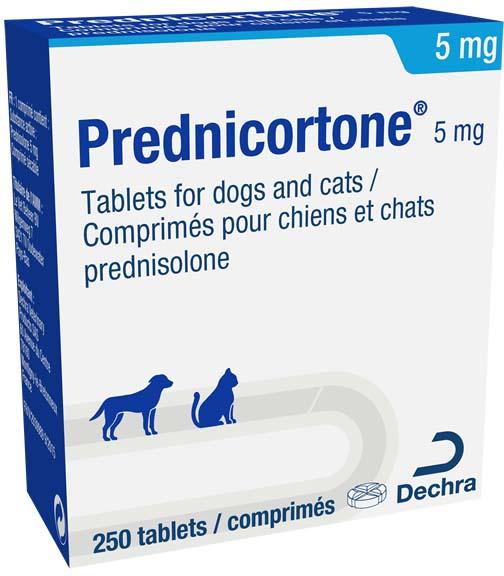 The ability to split Prednicortone into 1.25 mg doses is particularly useful when used alongside Zycortal®, the only licensed treatment for canine Addison’s disease in Europe.

Dechra Brand Manager Carol Morgan said the launch of Prednicortone was a valuable tool in the treatment of the condition.

“It causes sodium retention and potassium excretion, helping to maintain water balance but Zycortal only replaces the mineralocorticoid. Therefore, a daily oral glucocorticoid treatment, such as Prednicortone, is needed to address the cortisol deficiency, alongside Zycortal.

“The amount of glucocorticoid administered should be adjusted to the individual dog’s need and it is likely that the dose required will be reduced over time.”

She added that a combined approach of Zycortal and Prednicortone allowed independent dose titration of both mineralocorticoids and glucocorticoids.

“The advantage of prescribing the two treatments is that the dosage for each component can be tailored to an individual animal’s response. This leads to a reduction in the side effects usually associated with over-supplementation of glucocorticoids.”

This information is only for vets. Login or create an account to gain access to this and a lot more.

To find information that meets your country’s legislation, please consider going to a country website that matches your location.

If you are unable to find your country location then disregard this popup and proceed to the website.